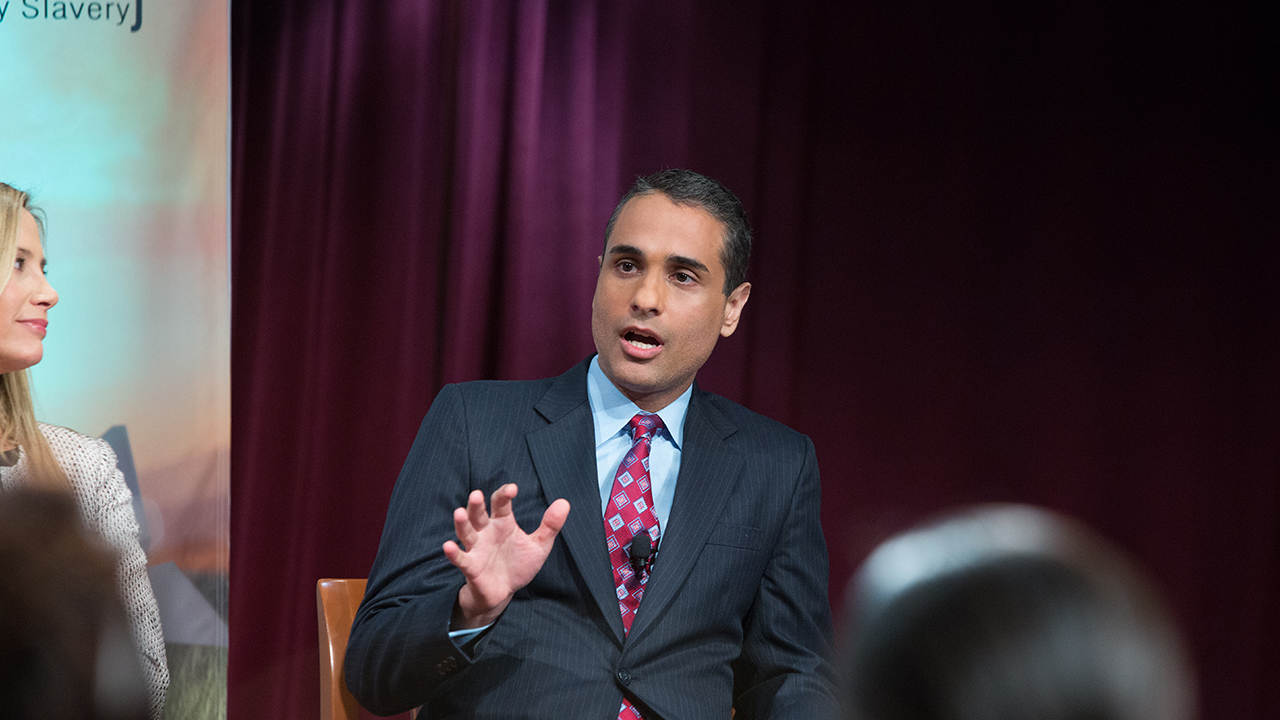 Quick, cheap and vulnerable: Siddharth Kara on the persistence of modern slavery

A new book and movie shine a spotlight on the business of human bondage.

Siddharth Kara is the director of the Program on Human Trafficking and Modern Slavery at Harvard Kennedy School, where he is also an adjunct lecturer and teaches a course on human trafficking. He is the author of three books: “Bonded Labor: Tackling the System of Slavery in South Asia”; “Modern Slavery," and “Sex Trafficking: Inside the Business of Modern Slavery,” which has been made into a Hollywood feature film, “Trafficked,” which releases this month. We spoke to Kara about his research and the business of slavery in the 21st century. 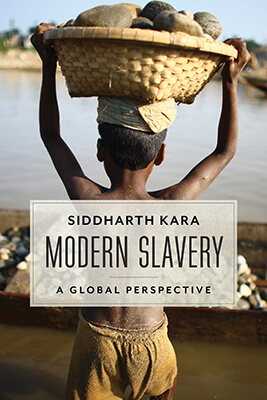 Q: How does the new book build on your previous work related to slavery and human trafficking?

My new book, “Modern Slavery,” is the culmination of all my research across 16 years in more than 50 countries, into the various manifestations of modern slavery: from sex trafficking, to labor trafficking, to organ trafficking, to debt bondage, and nearly everything in between. I hope this book will be useful for policymakers, scholars and everyday citizens who wish to learn more about slavery and understand the forces that allow it to persist.

Q: Can you talk about the most salient/surprising findings?

Whereas slavery in the old world provided a 15 to 20 percent annual return on investment, slavery today provides between a 300 to 500 percent annual return on investment, with sex trafficking approaching 1,000 percent. This radical shift in the economic logic of slavery across the last few centuries told me almost everything I needed to know as to why the system persists, despite the fact that it is not legal in most countries in the world.

Q: What makes slavery today so much more profitable?

Hundreds of millions of people today are highly impoverished and disadvantaged by virtue of ethnic or gender identity.  These and other forces render them highly vulnerable to false offers by human traffickers. In addition, the speed and cost of transportation has dropped by more than 90 percent in the last century.

These two factors make it very quick, cheap and easy to move a potential slave from the point of origin to the point of exploitation, almost anywhere in the world.  The products of slave labor can also be shipped almost anywhere in the world quickly and easily, making slavery more prevalent across numerous sectors in the global economy than ever before.

In fact, we still do not know to what extent global supply chains are maintained by slavery and child labor. Because of these and other factors, slavery today is more profitable than ever before, and also more woven into the global economy than ever before.

Q: Do you make recommendations in the book for ways to end slavery and human trafficking?

Q: Can you talk a bit about the film “Trafficked,” inspired by your first book and releasing in October 2017?

I wrote and produced "Trafficked" based on real cases I documented in my first book to use the power of media to raise awareness of human trafficking to a much larger extent than I have through my writing and advocacy.  Millions of people see movies, which is far more than will ever read my books!

I try to tell a riveting story about three young women from around the world, which I hope will be the first truly global, authentic feature film on human trafficking. The world premiere of the film will be at the United Nations on October 5, and it will be released in theaters the following day.  Writing and producing feature films is all quite new to me, so it will be very interesting to see what audiences think. Hopefully, they will like it.