The Universal Declaration of Human Rights at 70: Mathias Risse talks about where human rights came from, where they are today, and how far they still have to go | Harvard Kennedy School
Skip to main content 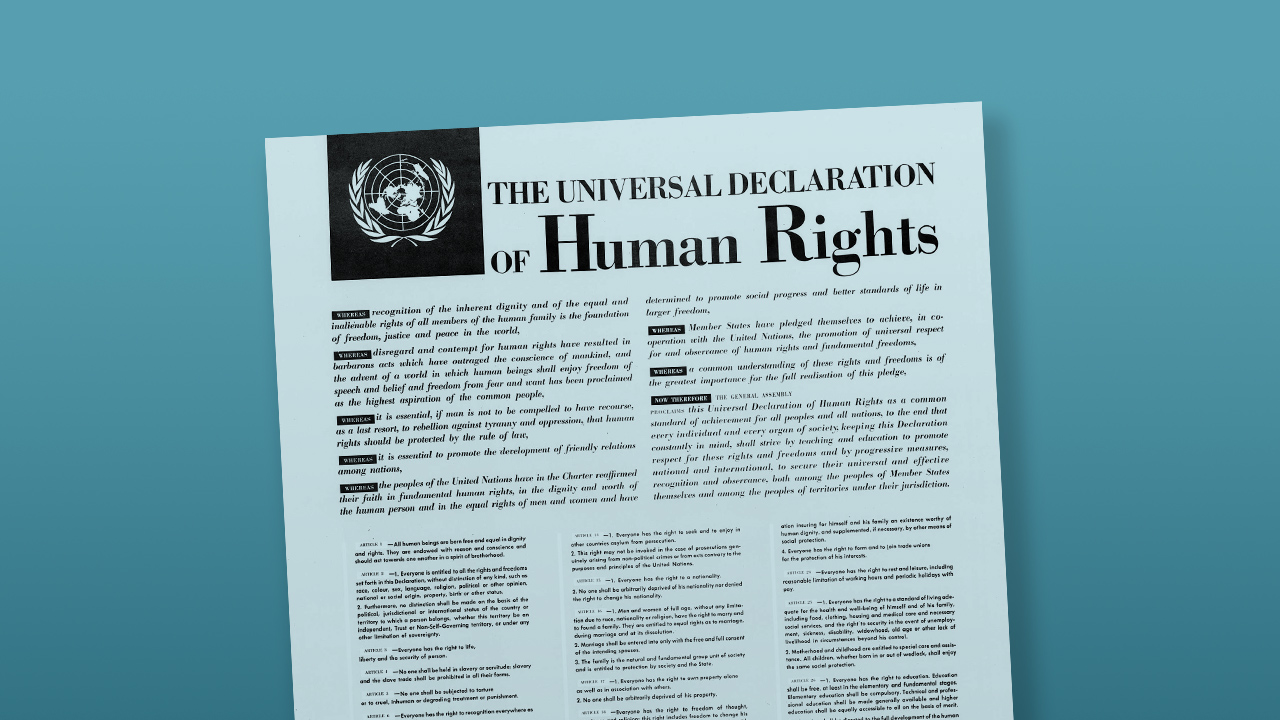 The Universal Declaration gave us a yardstick to judge how we treat each other—and in many ways we’ve come up short. With authoritarianism resurgent around the world, the anniversary should be a “wake-up call,” Risse says.

The Universal Declaration of Human Rights (UDHR) was passed 70 years ago, on December 10, 1948. In a sense it was the culmination of thousands of years of human thought that began with simple notions of universal morality and then evolved over centuries, explains Mathias Risse, Lucius N. Littauer Professor of Philosophy and Public Administration and Faculty Director of the Carr Center for Human Rights Policy. But the UDHR’s 70th anniversary, coming as it does in a period when human rights seem under attack from many, unexpected directions, prompts important questions about what the human rights movement means, what it has accomplished, and what it must set its sights on now.

Q: In simple terms, what defines a human right?

Q: Where did the notion of universal human rights come from?

It goes back really thousands of years. Basically, once you have cultures where people are thinking about morality, you have people thinking about how to treat each other. Then at some point they come to the realization that the people who live on the other side of the river, or on the other side of the mountain, are really not that different from themselves. Their thinking then moves towards articulating some standards of universal morality.

The idea of universal rights is a more recent story and has a more specifically Western trajectory. There are corresponding versions in other cultures too, but the idea that individuals were protected in certain ways was a very strong cultural feature of Christian thinking in the Middle Ages. That way of thinking continued to evolve during the Enlightenment and found expression, for example, in the American Declaration of Independence and the French Declaration of the Rights of Man and Citizen. In the 1930s and the 1940s there was basically a merging of this ancient talk about universal morality with this more recent talk about individual rights and it culminated in the Universal Declaration of Human Rights in 1948.

Q: How did the circumstances of that era—the aftermath of the Second World War, atrocities like the Holocaust, and the use of the atomic bomb—fuel the idea of globally accepted human rights?

The UDHR needs to be seen as part of the effort to create the United Nations. The victors of the war said: “We need global institutions to make sure that calamities of this scale—the two world wars—will not be repeated.” Of course there needed to be a certain degree of political and economic coordination for that, and so the UN was founded. But, on the insistence of a number of strategically lesser powers, there was a move to also add a moral vision. The main winners of the war actually were not that eager to be morally constrained by any big declaration, but a lot of other smaller countries said, “No, we actually need that.”

And it wasn't just these dramatic failures of the first decades of the 20th century that were on people's minds as the Universal Declaration was formulated, it was also the bigger context of possibilities of power in the age of technology. They are basically limitless, and there needs to be some way of curtailing that and making sure that power works for people, rather than against them. Power needs to be controlled. Power corrupts. Of course, we see this very much now. Autocratic regimes are on the rise as we speak.

Q: Did the UDHR change the world?

Q: Has the Universal Declaration has fallen short of doing what its creators hoped it would do?

If you ask me how much has been achieved, I point to lawmaking, to the creation of organizations, to individual engagements. I could also add the creation of entirely new institutions, like the International Criminal Court. The world would be in much worse shape if it hadn't been for the human rights movement. Yet one also needs to be fully aware of how much rights suppression and authoritarianism there is around the world today. Human rights are not respected in many places and that's true of various types of rights, from civil to political to socioeconomic. That should only strengthen our resolve to make improvements, and to see the 70th anniversary as a wake-up call to realize how bad things really are.

In this video, HKS Professors Mathias Risse and Kathryn Sikkink reflect on the legacy of the Universal Declaration, how far we have come since it was ratified, and how far we have to go before the ideals outlined in the document are fully realized.