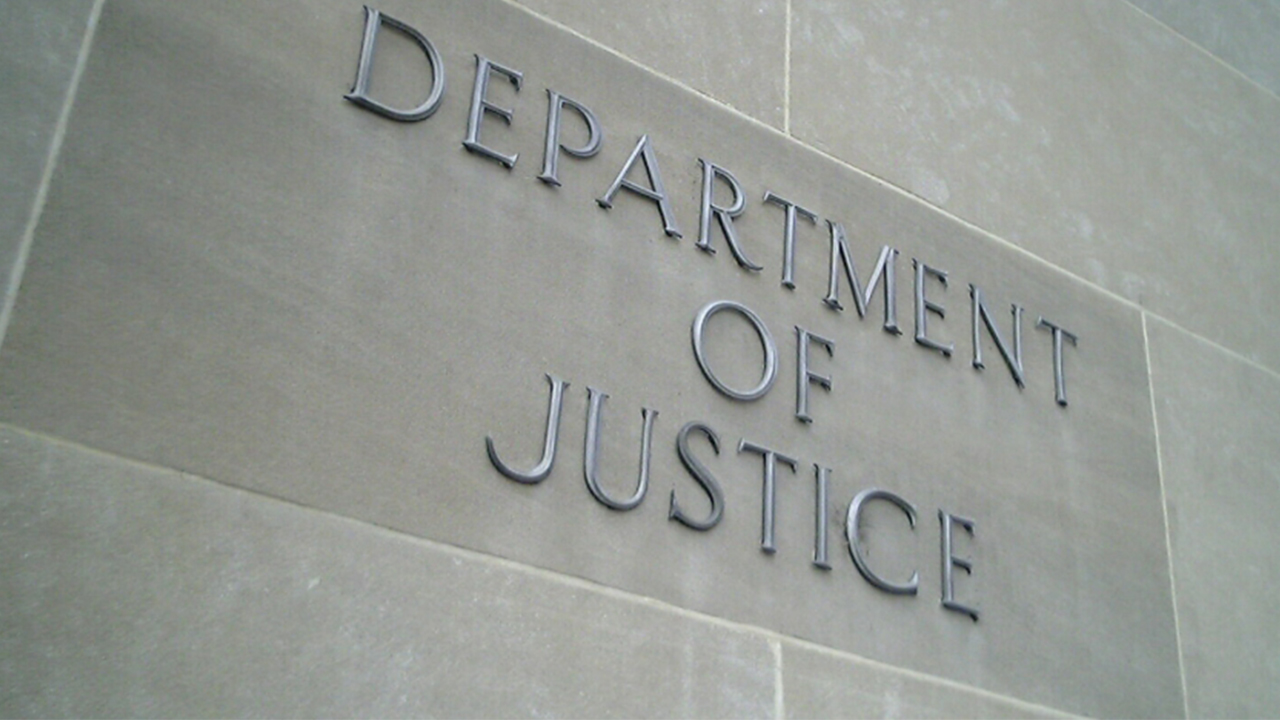 Associate Professor Maya Sen explains whether a lawyer's political donations can make them too biased to conduct an independent investigation.

Special counsel Robert Mueller is assembling a team of lawyers to investigate the Trump campaign's possible ties to Russia. Despite the selected lawyers' reputations, critics claim several are unfit to join the investigation based on their previous donations to Democrats.

In an op-ed in the LA Times, Associate Professor Maya Sen and her co-authors argue political contributions to Democrats are exactly what to expect from a group of top-tier lawyers. She joined PolicyCast host Matt Cadwallader in a live Facebook conversation to discuss:

Q: Professor Sen, thanks so much for joining us and telling us a little bit about what this means for the investigation. Are these campaign contributions evidence that there is bias on this team?

There's a lot going on here. First, I want to make clear the nature of the attacks that are being waged on the Mueller investigation. Bob Mueller has gone out and recruited some of the most elite, finest federal prosecutors in the entire country. These are folks who've gone to the top law schools, who have the top experience, they've worked on many cases.

I think one of the attorneys he's hired has argued several dozen cases before the Supreme Court. He has assembled this amazing high powered team of federal prosecutors, 15, 16, 17 of them, to investigate thoroughly allegations of collusion between the Trump campaign and the Russian government.

Now, what we're seeing in response to this coming out of Trump administration officials, Trump surrogates on news, kinda flashes on conservative media, are concerns and attacks that Bob Mueller's investigation is biased in part, because of his legal team and the fact that many lawyers that he's recruited to serve on this legal team have donated to Democrats. Democrats including Hillary Clinton, who's Donald Trump's opponent in the 2016 election.

The argument that's been made is that, how can they possibly be unbiased and non partisan if they supported Donald Trump's opponent in the election just last year. We hear the claim that this is a political witch hunt, that this is a bias investigation, this is a partisan investigation being led by Democrats, being coordinated by Democrats. It is true that Mueller has assembled a team where a lot of attorneys that he's brought on did donate more to Democrats than to Republicans. They're factually correct in terms of that simple assertion.

Now, is this evidence of bias? That's a separate question. The thing that my co-authors and I have argued is that, not really, this isn't really a clear assertion of bias, this is a clear demonstration of bias. Well, why isn't it? We have spent a lot of time studying the legal profession and studying partisanship and political contributions made by lawyers. In fact, there's a simple reason why it's not necessarily evidence of bias, which is that, elite lawyers tend to lean toward Democratic candidates.

Just to give you some figures on this. Of lawyers who've made political contributions, about two-thirds of them have given more money to Democratic candidates than to Republican candidates. It's a lot. Once you look at graduates of the very top programs, we would call that the top 14, the T14 law schools. These are the law schools that basically Bob Mueller's federal prosecutors graduated from. So, we're talking about Harvard, Yale, Columbia, University of Chicago, Stanford, schools like that.

The legal profession actually gets even more Democratically leaning in terms of who they contribute to. Once you look at lawyers who've gone to these programs, of the ones that have made political contributions, about three-fourths of them donate more to Democrats than to Republicans.

The simple fact is that, Bob Mueller just actually went out and hired people regardless of ideology. If he did that, we would expect to a legal team that actually looks an awful lot like the one he ended up hiring. Which, is one where a lot of the lawyers actually donate more money to Democrats than to Republicans.

Q: If you have three-quarters of the T14 lawyers who are contributing more to Democrats, doesn't that mean that there's still a sizable chunk of Republican donating lawyers? Why not pull from that pool?

That's right. There are two things going on. The first and most important thing is that Bob Mueller was prevented by Justice Department rules from taking into account ideology or partisanship in assembling his team. He actually was not asking. We believe that if he followed the rules, which everything suggests that he did, he was not asking about the party affiliations of the people he hired. He was looking for the best and the brightest.

Using that decision rubric and only relying on merit, qualifications and experience, would actually lead you to, just by virtue of the numbers, hire more Democratic donors.

The other thing to think about is that he pulled people almost exclusively from the ranks of federal prosecutors or people who are currently in private practice as lawyers but had government experience. Take the entire universe of people in the legal profession, lawyers, corporate lawyers, tax lawyers, environmental lawyers, military lawyers, and then just look at the people who went into government service.

You're already kind of narrowing pool down to people who have government experience. Those people are actually going to be a little bit more to the left of center of the average attorney. Number one, he was asked by the Justice Department by the Justice Department rules, not to take into account ideology. And two, he's already looking at what is actually a very liberal kind of pool of people, by virtue of their professional experience and educational background.

I think that's right. One of the things that we thought about is what does it mean to contribute to a candidate? What does that say about you? It actually gives you a lot of information about your politics and your ideology.

Let me give you an example. I live in Cambridge, Massachusetts, so if I donated to Elizabeth Warren, and to Hillary Clinton, and to the ACLU, you would be able to pretty effectively triangulate that I'm pretty left of center. Whereas, if I gave money go Scott Brown, and Donald Trump, and maybe Paul Ryan, I know he's not in Massachusetts, but just to give you an example, you would be able to tell that I'm pretty right of center.

Contributions in that sense, do give you a lot of really useful information about maybe how I would make decisions, or what I think about the world, or what I think about politics. But do they give you information about how I do my job, which is the leap that Donald Trump and Trump administration officials are making? I think the answer's not necessarily as clearcut when it comes to something like what the Mueller investigation is doing.

The other thing to think about is that, people give money for all kinds of reasons. It's a form of expression that can be leveraged strategically. Let me give you an example of this. Donald Trump. Donald Trump has actually famously gone on the record admitting, and this is in fact true, that he has donated historically to Democrats and Republicans alike. In fact,  I believe it's that he has donated more to Democrats than to Republicans historically.

If you take the Trump administration's argument to its logical extreme, there's no way Donald Trump could be unbiased and nonpartisan if he's donated more to Democrats than to Republicans. Now, Donald Trump is a very clear example of someone who gave very strategically and he was trying to curry favor with Democrats and Republicans, so, maybe he's not a good example. But, maybe Ivanka Trump or Jared Kushner would be good examples. They have also donated money to Democrats in the past.

Does that mean that they're not qualified or too biased to serve in the White House? Apparently not. They're both occupying very senior level positions in the White House and the same arguments have not been made about them as have been made ... Well, maybe they have by some conservative circles. But the same kind of qualifications, and not being qualified, and being too biased have not been made to this extent about the two of them, as they have about Bob Mueller's legal team. It's not really clear to me how they're making the link between these contributions and the investigation itself.

Q: I want to go back a little bit to what you were saying before about the legal profession as a whole being fairly left-leaning, is that a problem?

Yes. Why is that? They're two different questions here. Why is that and then, is it a problem? One thing that I should make clear is that, the legal profession right now, and we have several papers that document this, is more left of center than other similarly educated professions. If you compare lawyers to accountants, or bankers, the kinda people in finance, who maybe have degree's from the business school as opposed to the law school. They're more left-leaning than them. They're more left-leaning than doctors.

Historically at least, it wasn't necessarily the case that legal professionals were liberal. Since the 1960s, 1970s, the legal profession has taken a turn to the left, so it's become more liberal over time. We think maybe a reason why is probably the rising interest in civil rights more broadly, civil rights legislation, the civil rights movement. The use of the law as a progressive tool and as a tool to advance social policy issues, sort of developed as an idea in the '60s and '70s quite strongly.

Since the '60s and '70s, we have seen the shift to the left. Is this a problem? If we believe that conservative voices are important and add legitimacy to what lawyers have to say, and if we think that having a profession that's so politically influential be dominated by left-leaning voices, if we think that might be a problem for public perceptions, and for legitimacy, and for the legal professions ultimate recommendations, then yes, that might be a problem.

Q: The op-ed is called The Political Donations Made by Robert Mueller's Team Are Not Evidence of Bias. Why did you decide to write it?

We wrote this specifically because we were starting to see reports in the press and statements made by Trump surrogates. Specifically, there were a few interviews that Newt Gingrich did, and I think Kellyanne Conway did an interview, that were insinuating that Mueller's team was ideologically stacked in a partisan way. That he was going out and recruiting Democrats and that it was a partisan witch hunt and things like this. Because, it was the case that more of his attorneys had donated to Democrats.

Everything in our research, everything that we've looked at in terms of the contributions made by attorneys, the contributions made by other elite professions, suggested to us that what Mueller was doing was exactly what you would expect from an ideologically neutral way of hiring your team. It's showing us that, it actually looks that he did not take ideology into account when assembling his team. He did not take partisanship into account. Because if you didn't, you'd get the team basically that he came up with.

In fact, as the three of us were talking about this, the conclusion that we came to is that, if anything, if he had come up with a team where the majority of his lawyers had contributed to Republicans, that would be very unusual. Because there just aren't as many lawyers at this level.

This interview has been edited for clarity and brevity.