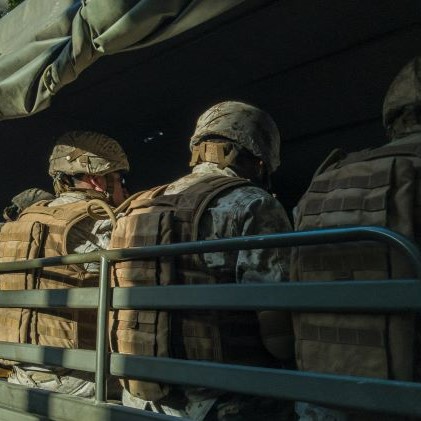 Leading by Action: The Fierce Urgency for Diversity and Inclusion in the Foreign Policy Workforce

The Diplomat as Gardener

The Arab Spring at 10: Kings or People?

Joe Biden Will Lead the US Back to International Cooperation

Frankel, Jeffrey A. "Joe Biden Will Lead the US Back to International Cooperation." The Guardian, December 2020.

Stronger Together: A Strategy to Revitalize Transatlantic Power

At War and at Home: The Consequences of US Women Combat Casualties

Cohen, Dara Kay, Connor Huff, and Robert Schub. "At War and at Home: The Consequences of US Women Combat Casualties." Journal of Conflict Resolution (October 29, 2020).

On India, the US Must Think Bigger

Frankel, Jeffrey A. "Joe Biden Looks Like A Safe Pair of Hands For the US Economy." The Guardian, October 2020.

Lynching and Local Justice: Legitimacy and Accountability in Weak States

A Planned Kosovo-Serbia Meeting at the White House is Falling Apart. It was Always a Bad Idea

Brexit Is a Challenge Shared by the UK, the EU and the US

Burns, Nicholas. "Brexit Is a Challenge Shared by the UK, the EU and the US." Security Times, February 2020.

American Diplomats Are Being Persecuted by Their Own President

Burns, Nicholas. "American Diplomats Are Being Persecuted by Their Own President." New York Times, October 2, 2019.

The Lasting Lesson of the Molotov-Ribbentrop Pact

Burns, Nicholas. "The Lasting Lesson of the Molotov-Ribbentrop Pact." The Atlantic, August 23, 2019.

The 75th Anniversary of D-Day and the Importance of Allies

Does the US need NATO?

The Historic Alliance between the United States and Europe

Burns, Nicholas. "The Historic Alliance between the United States and Europe." Testimony to the House Foreign Affairs Subcommittee on Europe, Eurasia, Energy and the Environment, March 26, 2019.

Pence and Biden in Munich: Stark Contrast Shows How Trump is Ruining Relations with Europe

The State of the State Department and American Diplomacy

What America Gets Out of NATO