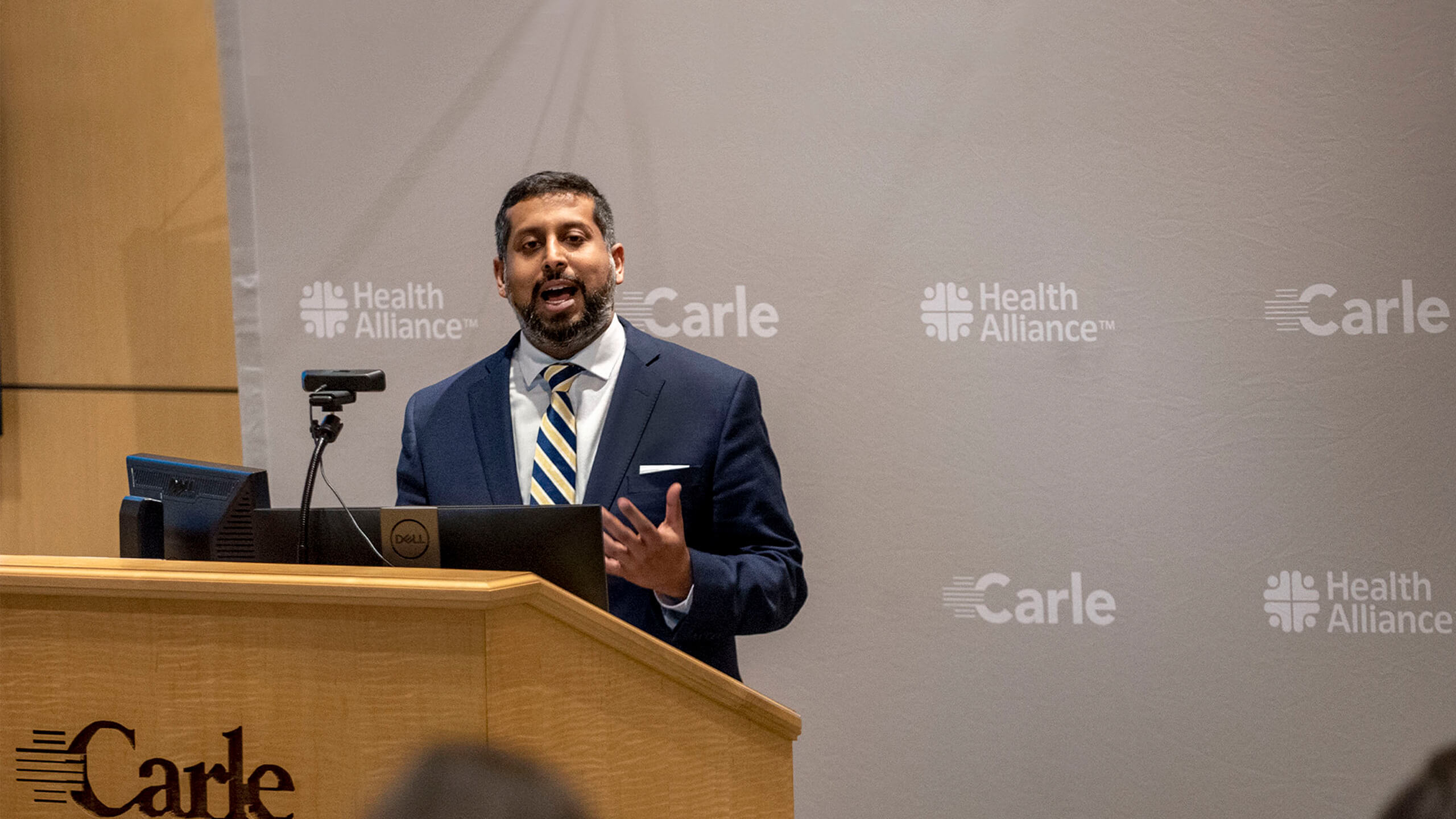 VILAS DHAR MC/MPA 2016 is described by classmates as visionary, tireless, inspirational, and passionate. As president of the Patrick J. McGovern Foundation, a 21st century philanthropy advancing artificial intelligence and data solutions to create a thriving, equitable, and sustainable future for all, Vilas advocates for technologies and policies that transform social and economic opportunities to create equity.

“My vision of our brighter future is one in which technology amplifies the very best of humanity, our creativity, ingenuity, curiosity, kindness, and generosity,” Vilas says.

Vilas has championed a new framework for digital exposure, literacy, and mastery that grounds the creation and use of 21st-century technologies in principles of inclusion, diversity, equity, and accessibility. Through work with organizations such as The Hidden Genius Project, Per Scholas, and Education Design Lab, Vilas supports the creation of new participatory mechanisms to bring traditionally underrepresented voices into policy and technological decision-making.

“It is essential we put a fine point on the idea that technology can be a democratizing force—but to do so, we require a purposeful will,” Vilas says. “To achieve that potential, we need to come together with a shared intention to ensure that the technologies being built are the ones that actually serve all of us.”

Vilas is also a leading voice for equity and democratization of AI. At the foundation he envisions a future where technology amplifies the best aspects of humanity rather than using it to create divisions and seed hatred.

Prior to joining the foundation, Vilas founded and led a nonprofit incubator and a sustainable public interest law firm. At HKS, Vilas had a role in leading contributions in the academic study of technology for good as the Gleitsman Fellow on Social Change and was the Practitioner Resident on AI at the Rockefeller Foundation’s Bellagio Center in Italy. “At the Kennedy School, I learned that creating a better world requires us all to make decisions—from policymakers to technology leaders to each of us as consumers, stakeholders, and advocates for justice and equity,” Vilas says. “I learned how to make better decisions—and how to support and lift up those who provide diverse, creative, and empathetic insights.”

As an advocate for using technology for social change, Vilas shares his views as widely as possible. His passion for raising awareness is fueled by a commitment to service and aiding humankind during a time of technological advancement. Most recently Vilas was honored by the World Economic Forum and named a Young Global Leader for his work.

While doing his best to inform and steer the conversation on technology and policy, he is also incredibly hands-on. He has been known to spend his days quickly moving between projects such as working with villagers in India to adopt mobile applications to plan a more profitable harvest, and with social activists in Africa using drones and citizen experiences to help track climate change across the continent.

“The 21st century opportunity is at the intersection of stakeholder engagement, responsible innovation, and a vision of collaboration to address shared global challenges,” he says.