Emergency rooms serve as the point of entry for nearly half of all hospital admissions in the United States. About 120 million Americans visit an emergency room each year—a number that continues to rise, even though there are 22 percent fewer emergency departments today than there were two decades ago. As a result, patients wait about an hour, on average, before seeing a physician, and sometimes several hours. Some patients may even die before a doctor gets to them. 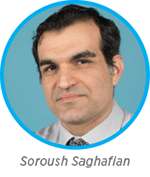 Soroush Saghafian, assistant professor of public policy at the Kennedy School, addressed this growing problem in “Workload Management in Telemedical Physician Triage and Other Knowledge-Based Service Systems.” Saghafian and his coauthors, Wallace J. Hopp, Seyed M.R. Iravani, Yao Cheng, and Daniel Diermeier, assessed the potential of telemedicine, which draws on the services of remotely based physicians, to ease emergency room congestion. This could be an economical option for hospitals, which may not be able to afford hiring more doctors and nurses or adding more beds.

To this end, the researchers devised a mathematical model with a “hierarchical” structure. At the first level were triage nurses, who had to make quick judgments as to whether patients should be referred to more knowledgeable telemedical physicians, occupying the second tier. These physicians used the internet to communicate with front-line nurses, monitor a patient’s vital signs, order more tests, and perhaps recommend individuals for hospital admittance.

Their 2017 study concluded that telemedicine could be a useful resource for hospitals, especially during periods of overcrowding. The authors also found that telemedical physicians can make better decisions when triage nurses share their assessments with telemedical professionals—but only when the nurses were consistent in their classifications.

As a next step, Saghafian is trying to get the word out and encourage more emergency departments to adopt “telemedical physician triage.” In current research, he is exploring broader uses of this approach in hospitals outside of emergency rooms. 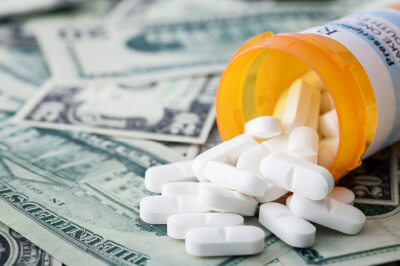 Many drugs on the market today are multi-functional, having been approved to target more than one disease. Botox, to take a familiar example, can be used to treat nine medical conditions, in addition to its sanctioned cosmetic applications. For this and countless other drugs, the different kinds of allowed treatments, or “indications,” have varying levels of effectiveness and, as a consequence, offer varying degrees of value for different types of users. In the United States, consumers have traditionally paid a uniform price for a drug, regardless of the purpose for which it was prescribed. But there’s growing interest in a novel pricing policy, which would allow manufacturers to charge more for higher-value indications that confer greater benefits to consumers, as well as to charge less for lower-value usages that yield diminished benefits. 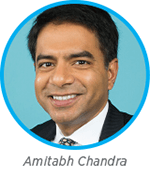 Amitabh Chandra, the Malcolm Wiener Professor of Public Policy at the Kennedy School, and his Northwestern University colleague, Craig Garthwaite, analyzed this new approach in a July 2017 paper, “The Economics of Indication-Based Drug Pricing,” that appeared in the New England Journal of Medicine.

Supporters of indication-based pricing have argued that such a system would reduce prices for low-value treatments, while holding prices steady at the high-value end. Chandra and Garthwaite, however, are skeptical. “Simple economics,” they write, “makes it clear that relative to uniform pricing, indication-based pricing results in higher prices for patients who benefit the most, higher utilization by patients who benefit least, higher overall spending, and higher manufacturer profits.” Since this new approach would likely result in high-value customers paying more and low-value customers paying less, the authors believe “the trade-offs involved should be carefully considered.” 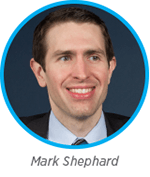 In “The Evolution of Health Insurer Costs in Massachusetts, 2010–12,” Harvard Kennedy School Professor Mark Shepard, with Ariel Pakes of Harvard University and Kate Ho of Columbia University, analyze the evolution of health care costs between 2010 and 2012. Using the Massachusetts All-Payer Claims Database (APCD), the researchers focused on tracking changes in average costs per member per month in the three largest commercial insurers, which together make up 78 percent of the state’s commercial insurance market. The analysis took place during a period when all three insurers were expanding global payment arrangements for physicians. 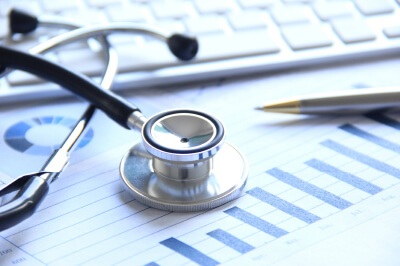 The researchers discovered an important factor critical to accurately assessing cost growth: the composition of plan members. They analyzed the differences in cost between those members who stayed in the same plan and those members who switched plans, as well as those who enter and exit commercial insurance plans. They found that members who stayed in the same plan over the two-year period of the study have higher cost growth than those who switch plans. The “compositional effects on overall cost growth are large,” they write.

These findings, they conclude, “highlight the importance of accounting for changes in the composition of enrollees across years when analyzing the factors that lead to cost trends in the market as a whole and differences in trends across plans.” 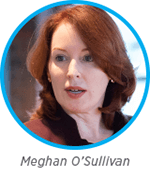 Renewable energy sources could have a major impact on the global stage, affecting everything from climate change to trans-national relations, according to the authors of “The Geopolitics of Renewable Energy.” 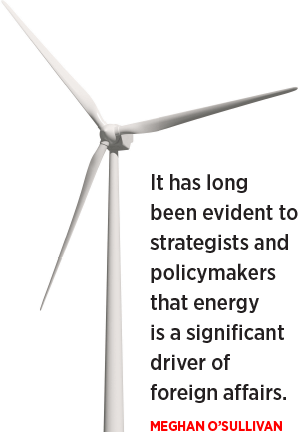 “It has long been evident to strategists and policymakers that energy is a significant driver of foreign affairs. For nearly a century, the intersection between energy and geopolitics has centered around fossil fuels,” the authors write. “The importance of renewables as a significantly growing portion of the global energy mix could have significant implications for geopolitics as well. This will include both opportunities and challenges.”

“There are reasons to believe,” write the authors, “that at least in the long term, a global energy system dominated by renewable energy will be more stable, peaceful and just than one dominated by fossil fuels and nuclear technology.” 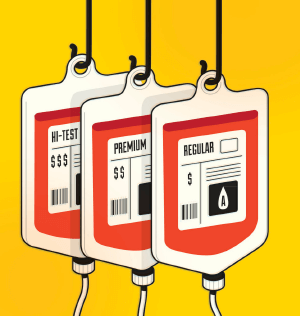 It’s no secret that health care spending is on the rise, going from 5 percent of the U.S. GDP in 1960 to 17.5 percent in 2014. One way to curb cost growth in this sector, which has recently gained prevalence, is by charging consumers higher deductibles in the hopes that would encourage them to make more prudent spending decisions. As of 2014, 41 percent of Americans with employer-provided health coverage had individual deductibles greater than $1,000, compared to 22 percent five years earlier.

While higher deductibles do lead to reduced spending, Kennedy School Public Policy Professor Amitabh Chandra and three colleagues wanted to find out how those reductions are achieved—a question they explored in a 2017 paper, “What Does a Deductible Do? The Impact of Cost-Sharing on Health Care Prices, for Quantities, and Spending Dynamics,” for the Quarterly Review of Economics.

Chandra and his colleagues, Zarek C. Brot-Goldberg, Benjamin R. Handel, and Jonathan T. Kolstad had access to a proprietary data set from a large company with mostly well-educated, well-paid, and tech-savvy employees. At some point in the past decade, the company switched from a plan that provided free health coverage to high-deductible insurance policies. This shift prompted a roughly 12 to 14 percent drop in spending, but those cuts were not the result of employees becoming better, budget-minded consumers. Instead, individuals made fewer visits to their doctors and partook of fewer medical services, without discriminating between essential and inessential services. Thirty percent of the savings, overall, came from sick individuals before they hit their deductible limit, Chandra notes, “which is not where we want people to be cutting back.”

Given that educated people acted in ways contrary to their medical and financial interests, Chandra says the high-deductible approach may, in its present form, be a “blunt instrument” that does not affect the best health outcomes.